In 2008 the Belgium’s National men’s hockey team (BNT) qualified for the first time in history for the Olympics in Beijing. They ended 9th but missed an Olympic Certificate. In 2010 TopSportsLab was introduced by the physical and medical staff to support them in a scientific way in terms of continuous monitoring and injury prevention.

There has always been, and still is, the help of the Belgian Olympic and Interfederal Committee. The BOIC always believed in the Red Lions to qualify for the Olympics.
Marc Coudron is the chairman of the Royal Belgian Hockey Association (KBHB)

It is BNT’s objective to win a medal at the 2016 Olympics. In order to achieve this the technical staff set up both a short and a long term performance plan. For the 2012 Olympics the Red Lions required the development of a structured, consistent and physical development plan. The plan needed to be sustainable and personalized per athlete and included a player’s tracking mechanism to prepare the athlete for the future, capable of winning a medal at the 2016 Olympics, starting this week.
In this way the Topsportslab web based application has been used during the past years and tournaments to monitor the players continuously. Furthermore, the TopSportsLab staff coordinated numerous physical screenings of the Belgian Red Lions in cooperation with the physical and medical staff of the Red Lions.
A visual summary of the two specific screenings can be found in the videos below. The first video (in dutch with French subtitles) was made in april 2014 and the second (in dutch and English with English subtitles) in april 2016.
[youtube https://www.youtube.com/watch?v=gfKduXNgFro&w=560&h=315]
[youtube https://www.youtube.com/watch?v=Bj8tyNeoaJo&w=560&h=315]

Today we have done some injury prevention exercises to find out which risks each of us have to get injured.

Thanks to the in-depth and individualized screenings we undergo, we get a blue-print of each of our athletes; What’s his posture? How does he move and what’s his power, strength, mobility and flexibility?

This way we are aiming at building up and maximizing the fitness level of our players in such a fashion that within 6 months we have a squad that can perform optimally in Rio.

Tom Mertens is the physiotherapist of the Belgian Red Lions and is currently accompanying the team in Rio. 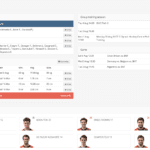 An overview of the TopSportsLab dashboard giving a clear insight of the depth of the team, recent tests, weight and reports of group training sessions and matches ©Topsportslab 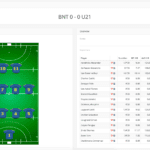 The road to Rio: 3 core programs

Actually, we started before Bejing 2008. The first plan was ‘closing the gap’: We were not far from a qualification when I started as president in 2005 with Bert Wentink as High Performance Manager and Top Hockey Manager for Belgium. We were not far from a top 12 place and therefore very close to the qualification for the Olympics. Closing the gap was thus achieved with the qualification for the Olympic Games in Beijing (2008).
The second program was “keep the flame burning”. We have now reached the Olympics, so we have to keep that trajectory. That program has been reached after the qualification of both our men and our women for the Olympic Games of London (2012). That was brilliant.
After “keep the flame burning” we now have the “Push to the Podium” mentality. This has been successful, resulting in a second place at the World Championships in Boom (201)3; A gold medal at various tournaments in the World League and a few months ago we became 2nd in the Champions Trophy in India.
That was extremely important to feel the push to the podium mentality.
The next step is to reach the podium at the Olympic Games in Rio.
Marc Coudron

In 2010, TopSportsLab was selected as preferred long term operational excellence partner in terms of physical fitness and medical follow up. Monthly meetings with technical and medical staff were held to tighten the collaboration. Whereas 3 head coaches have been in charge since 2010, the collaboration between KBHB staff and Topsportslab remained intact. Topsportslab keeps track of scientific breakthroughs on the market ensuring KBHB to be the first mover on innovation. The following implementation plan is in place:

The medical checkup is intensified. Thanks to heart rate monitors the fatigue level can be measured. Subsequently, overtired players are substituted at the right time to compete again later. It is clear that the health monitoring has evolved in recent years.
Congratulations to Topsportslab to bring the athletes to an even higher level.
Marc Coudron

Display of susceptible body zones in relation to injury risk in a transparent and efficient visual format. Injury risks can be predicted based on individual player profiles. 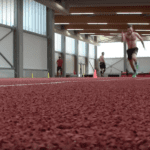 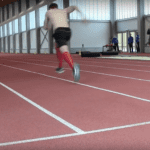 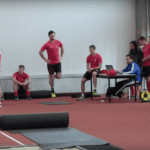 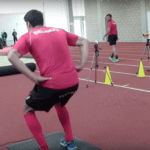 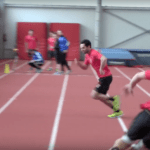 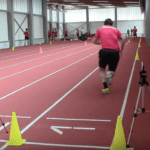 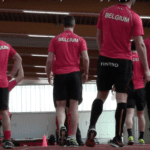 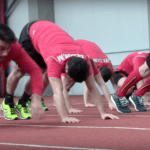 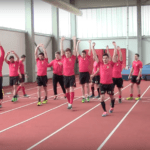 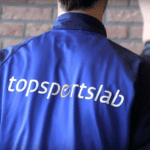 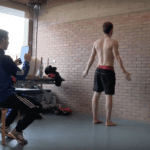 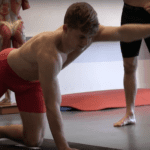 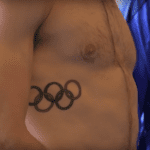 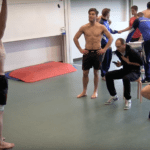 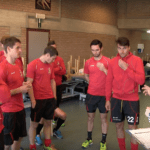